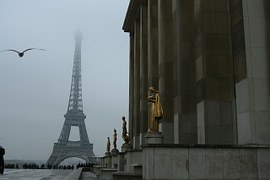 The significant progress made since 2006 was mainly achieved in the first years following the implementation of the accounting components of the LOLF: of the 14 reservations fully resolved by the Cour in 12 years, only one was resolved in the last five financial years. As such, a new phase of progress must begin, which requires that:
·         information systems continue to be modernised, particularly in the area of tax management;
·         accounting procedures be overhauled in order to take full advantage of the opportunities offered by the implementation of the Chorus ERP at the end of 2011.
·         certain accounting standards that are poorly adapted to the particular situation of the government, as they are too complex or costly, be re-examined.

In addition, the Cour finds that the government's accounts are not being used in a way consistent with the resources dedicated to their keeping or with the objectives set by the constitutional bylaw.

The financial statements for 2017 are certified with four material qualifications